Sonderborg has created only a few paintings in this intense colorfulness. With the primary colors blue, red and yellow he has set a diagonal from left to right above on the canvas. This gives rise to some circular movements. Traces of a wide squeegee and working traces of a narrower tool model the color. The title "26.4.68" indicates the date of creation. Like many artists of the so-called Informel, Sonderborg refrained from using a title that aroused associations and which he himself described as an "unbearably banal concession". At the same time, he thus emphasized the process of creation itself. (EW) 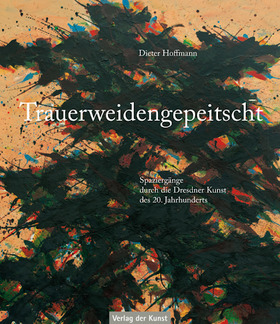 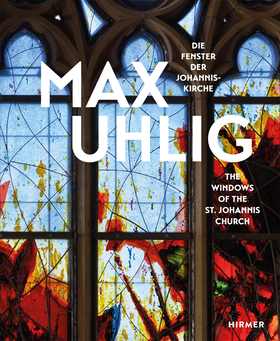 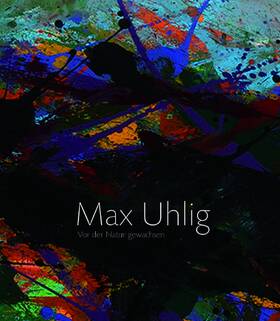 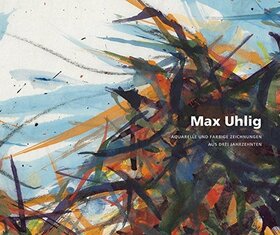 1991 - 2011
each autumn and spring working stays in the South of France
1992
Honorary Prize at the 10th Norsk International Print Triennal, Fredrikstad, Norway
1995 - 2002
Professorship at the Dresden University of Fine Arts, head of a painting and graphic arts class
1995 - 1996
Appointed as a founding member of the Saxon Academy of Arts
06.01.1996
Destruction of numerous works by an all-encompassing studio fire at the Künstlerhaus Dresden-Loschwitz
1998
Order of Merit of the State of Saxony

Hans-Theo Richter Prize of the Saxon Academy of Arts

Art Award of the artists of the Great Art Exhibition of North Rhine-Westphalia, Düsseldorf

Invitation from SanShang Art and Art Shanghai to a working symposium in China.

2006
Prize at the 14th International Print Biennial Seoul
2007
several trips to China
2009
Prize at the 15th Space International Print Biennial Seoul
2011
Start of the project to design the gothic windows of St. John's Church in Magdeburg as part of the reconstruction project
2014 - 2017
Execution of painting on glass for 14 windows of St. John's Church in the glass studios Derix, Taunusstein
2018
Donation of numerous works of art as well as the residential and studio house in Dresden to the Cultural Foundation of the Free State of Saxony for the establishment of an international artists' residence.
2020
Inauguration of the glass windows in St. John's Church Magdeburg
Art Award in honor of Karl Schmidt-Rottluff Chemnitz